Coronavirus Impact on the Phase One Deal | Where Does it take the U.S.-China Energy Relations?

As Donald Trump came to power, one of the main focal points of his strategy was the relationship between the United States (U.S.) and China. Trump’s pledge to revise the relations and tough criticisms against China found bipartisan support in Washington, making it possible for Trump to push further with his strategy which in July 2018 led to an official trade war between both states. Indeed, this is considered to be one of the most difficult times in the last 40 years of American-Sino relations.

The trade war which has been continuing for at least 2 years has negatively impacted the economies of both states. Yet at the end of 2019, the U.S. and China agreed on a truce that would bring the war to a halt. On January 15, 2020, the U.S. President Donald Trump and China’s Vice Premier Liu He signed the “Phase One” trade deal between the U.S. and China. As the coronavirus started to shake the world the importance of the deal seemed to fade to some extent; however, as Trump’s rhetoric against China, regarding the emergence of virus and the situation in Hong Kong, continues to escalate, the deal will gain importance once more.

Perspective: Coronavirus Impact on the Phase One Deal | Where Does it take the U.S.-China Energy Relations? 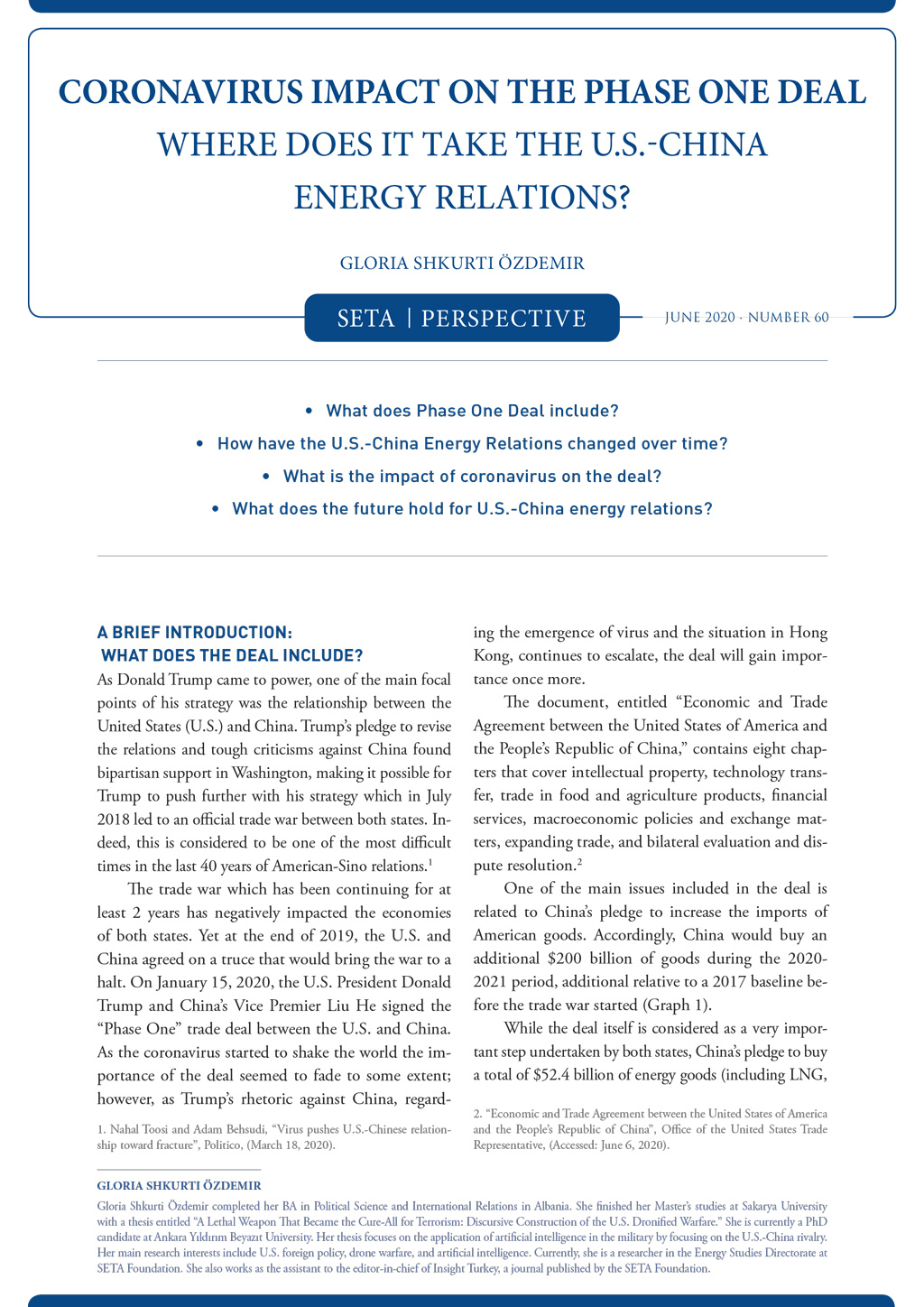 What does Phase One Deal include? How have the U.S.-China Energy Relations changed over time? What is the impact of coronavirus on the deal? What does the future hold for U.S.-China energy relations?

The document, entitled “Economic and Trade Agreement between the United States of America and the People’s Republic of China,” contains eight chapters that cover intellectual property, technology transfer, trade in food and agriculture products, financial services, macroeconomic policies and exchange matters, expanding trade, and bilateral evaluation and dispute resolution.2 One of the main issues included in the deal is related to China’s pledge to increase the imports of American goods. Accordingly, China would buy an additional $200 billion of goods during the 20202021 period, additional relative…